Small or mild length leg discrepancies (LLD), i.e., below 3.0 cm, have been considered as enough to cause orthopaedic changes such as lumbar pain, stress fractures and osteoarthritis on lower limbs (LLLL) joints. In addition to the classification by its magnitude, discrepancies can also be categorized according to etiology, being structural when a difference is noted between bone structures' length or functional as a result of mechanical changes on the lower limb, and are found in 65% - 70% of the healthy population. 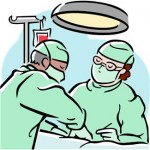 A patient?s legs may be different lengths for a number of reasons, including a broken leg bone may heal in a shorter position, particularly if the injury was severe. In children, broken bones may grow faster for a few years after they heal, resulting in one longer leg. If the break was near the growth center, slower growth may ensue. Children, especially infants, who have a bone infection during a growth spurt may have a greater discrepancy. Inflammation of joints, such as juvenile arthritis during growth, may cause unequal leg length. Compensation for spinal or pelvic scoliosis. Bone diseases such as Ollier disease, neurofibromatosis, or multiple hereditary exostoses. Congenital differences.

The patient/athlete may present with an altered gait (such as limping) and/or scoliosis and/or low back pain. Lower extremity disorders are possibly associated with LLD, some of these are increased hip pain and degeneration (especially involving the long leg). Increased risk of: knee injury, ITB syndrome, pronation and plantar fascitis, asymmetrical strength in lower extremity. Increased disc or vertebral degeneration. Symptoms vary between patients, some patients may complain of just headaches.

The most accurate method to identify leg (limb) length inequality (discrepancy) is through radiography. It?s also the best way to differentiate an anatomical from a functional limb length inequality. Radiography, A single exposure of the standing subject, imaging the entire lower extremity. Limitations are an inherent inaccuracy in patients with hip or knee flexion contracture and the technique is subject to a magnification error. Computed Tomography (CT-scan), It has no greater accuracy compared to the standard radiography. The increased cost for CT-scan may not be justified, unless a contracture of the knee or hip has been identified or radiation exposure must be minimized. However, radiography has to be performed by a specialist, takes more time and is costly. It should only be used when accuracy is critical. Therefore two general clinical methods were developed for assessing LLI. Direct methods involve measuring limb length with a tape measure between 2 defined points, in stand. Two common points are the anterior iliac spine and the medial malleolus or the anterior inferior iliac spine and lateral malleolus. Be careful, however, because there is a great deal of criticism and debate surrounds the accuracy of tape measure methods. If you choose for this method, keep following topics and possible errors in mind. Always use the mean of at least 2 or 3 measures. If possible, compare measures between 2 or more clinicians. Iliac asymmetries may mask or accentuate a limb length inequality. Unilateral deviations in the long axis of the lower limb (eg. Genu varum,?) may mask or accentuate a limb length inequality. Asymmetrical position of the umbilicus. Joint contractures. Indirect methods. Palpation of bony landmarks, most commonly the iliac crests or anterior iliac spines, in stand. These methods consist in detecting if bony landmarks are at (horizontal) level or if limb length inequality is present. Palpation and visual estimation of the iliac crest (or SIAS) in combination with the use of blocks or book pages of known thickness under the shorter limb to adjust the level of the iliac crests (or SIAS) appears to be the best (most accurate and precise) clinical method to asses limb inequality. You should keep in mind that asymmetric pelvic rotations in planes other than the frontal plane may be associated with limb length inequality. A review of the literature suggest, therefore, that the greater trochanter major and as many pelvic landmarks should be palpated and compared (left trochanter with right trochanter) when the block correction method is used.

The non-surgical intervention is mainly usedfor the functional and environmental types of leg length discrepancies. It is also applied to the mild category of limb length inequality. Non-surgical intervention consists of stretching the muscles of the lower extremity. This is individually different, whereby the M. Tensor Fascia latae, the adductors, the hamstring muscles, M. piriformis and M. Iliopsoas are stretched. In this non-surgical intervention belongs also the use of shoe lifts. These shoe lifts consists of either a shoe insert (up to 10-20mm of correction), or building up the sole of the shoe on the shorter leg (up to 30-60mm of correction). This lift therapy should be implemented gradually in small increments. Several studies have examined the treatment of low back pain patients with LLD with shoe lifts. Gofton obtained good results: the patients experienced major or complete pain relief that lasted upon follow-up ranging from 3 to 11 years. Helliwell also observed patients whereby 44% experienced complete pain relief, and 45% had moderate or substantial pain relief. Friberg found that 157 (of 211) patients with LBP, treated with shoe lifts, were symprom-free after a mean follow-up of 18 months.

what is a functional leg length discrepancy?

Leg shortening is employed when LLD is severe and when a patient has already reached skeletal maturity. The actual surgery is called an osteotomy , which entails the removal of a small section of bone in the tibia (shinbone) and sometimes the fibula as well, resulting in the loss of around an inch in total height. Leg lengthening is a difficult third option that has traditionally had a high complication rate. Recently, results have improved somewhat with the emergence of a technique known as callotasis , in which only the outer portion of the bone (the cortex ) is cut, (i.e. a corticotomy ). This allows the bone to be more easily lengthened by an external fixation device that is attached to either side of the cut bone with pins through the skin. The ?ex-fix,' as it is sometimes called, is gradually adjusted by an orthopaedic surgeon, and healing can occur at the same time that the leg is being distracted , or lengthened over time. Unlike epiphysiodesis, leg lengthening procedures can be performed at almost any skeletal or chronological age.
« Techniques To Manage Pes Planus Managing Mortons Neuroma »
Profile